Tragedies In Rock and Roll 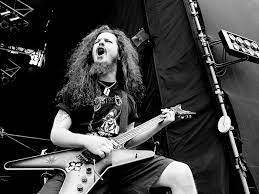 In rock and roll, there are no guarantees. Guarantees that your record will hit platinum status, that your tour will be in stadiums, or that you may not even survive it. Like with many aspects of the rock and roll world, it is fraught with peril.  From sex, drugs and rock and roll to arrests, and even death. Accidents happen all the time. This blog focuses on the biggest accidents to ever happen in the history of rock and roll. 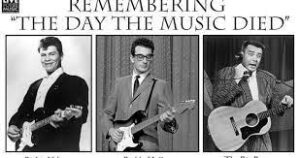 February 3, 1959: The Day The Music Died
On the Winter Dance Party Tour, a devastating tragedy claimed the lives of several rock and roll legends. Buddy Holly, The Big Bopper and Ritchie Valens, took a fateful trip to the skies. Having not wanted to spend another night on a tour bus with a broken heater, the group got into a private plane. Their pilot, Roger Peterson, was not yet qualified to fly in inclement weather. He couldn’t read the gyroscope on the plane, The Beechcraft Bonanza. 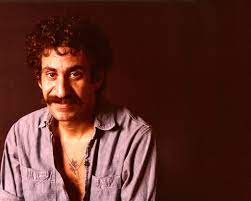 September 20, 1973
With Jim Croce, despite selling millions of records, he was practically broke. Bad record deals led to trouble with his personal financing, and he even told his wife that he was to become a hermit. Like Buddy Holly before him, Croce tragically passed away due taking a private Beechcraft to keep up with his busy tour schedule. The crash was caused due to pilot error, but it took away the lives of Croce, his booking agent, his opening act, and his pilot. 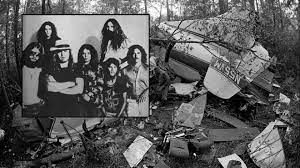 October 20th, 1977: The Lynyrd Skynyrd Plane Crash
Ronnie Van Zant, guitarist Steve Gaines and backing vocalist Cassie Gaines died alongside the band’s road manager, and two pilots. The plane crashed in swampy woods and the survivors managed to get to a farmhouse to get help. Drummer Artemis Pyle was even shot by the farmhouse owner in the shoulder. Though once the situation was explained, the owner gave the band the help they deserved. 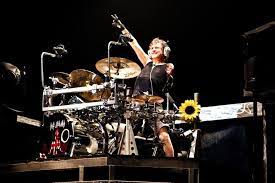 December 31st- Rick Allen Car Crash
Everyone loves Rick Allen, rocks music’s most positive gentleman. Rick Allen has more talent in one hand than most drummers do over the course of their careers. However, the origin of how he lost his hand is steeped in tragedy. Allen hit a drystone wall to avoid another car and was thrown from his vehicle. After the incident, doctors attempted to re attach his arm, but couldn’t be due to infection. For a while, it seemed like Rick Allen’s’ time as Def Leppards drummer has reached its end. Rick Allen as a result, suffered depression. Though through the help of his bandmates, designed Allen a custom-made electronic drum kit. On August 16th, 1986, Rick Allen returned to the band at the Monsters Of Rock Festival in Donnington, England. 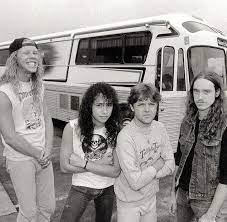 September 27, 1986: Cliff Burton Faded to Black
In a sad twist of fate, legendary bass player, Cliff Burton died tragically in a bus crash. In Sweden, on route for the next stop on the Damage Inc. Tour, the band members, James Hetfield, Lars Ulrich, Kirk Hammett, and Cliff Burton complained about their bunk situation on their tour bus. The band decided to draw cards to see who would get the better bunk.  However, Cliff Burton drew the Ace of Spades and traded with Kirk Hammett. Later, that evening the bus hit some ice and skidded off the road. Cliff died by being thrown through an open by the force of the accident window on his side and crushed by the bus.

December 8, 2004: The Tragedy of “Dimebag” Darrell Abbott
Often considered one of the most influential guitar players in 90’s heavy metal, Dimebag Darrell Abbott of Pantera is one of the nicest rockstars in the business. Which is why is onstage death is a tragedy. Performing a show with his band Damageplan in Columbus, Ohio, rushed on stage and shot Abbot multiple times. Everyone from security to fans attempted to help Darrell, but some were injured from the gun. Abbotts’ primary band Pantera currently lives on in the form of a tribute act with a mix of remaining members and close friends filling in for the late guitar player. 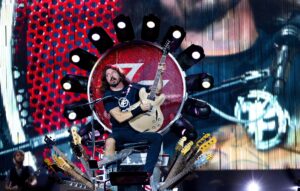 June 13, 2015: Foo Fighters Cope with Onstage Tragedy
In 2015, the infamous words “I think I just broke my F—n Leg” rang out in the Ullevi Stadium in Gothenburg, Sweden. Dave Grohl, the Foo Fighters front man, went to jump onto a walkway, but missed. He fell into the security arena where after a few minutes, he was carted off stage. The rest of the band, now led by the late Taylor Hawkins, continued to play. Moments later, Grohl returned to the stage with the help of his doctor. The front man performed the rest of the set with his leg elevated.  Dave Grohl would later design a throne for him to take with on tour so he could continue to perform. 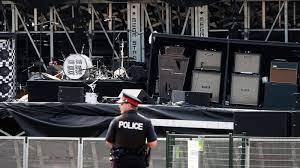 December 6, 2017: Cheap Trick Bring the House Down
In what could have been a preventable tragedy, Cheap Trick made headlines for a devastating incident that took place at the Ottawa Blues Festival. Around 8PM, around the time of Cheap Tricks’ set start. The prevailing winds caused the EDT Stage to collapse in on itself, sending the band members off their feet. The group came out unharmed, though 4 people in attendance were injured. Groups place things in their Riders, such as leaving out all the brown M&Ms’. It helps show that there is a connection between venue safety and the bands and fans.

To sum everything up, life is short. Live every day as if it were your last. Make every moment count and do everything you want to do with whomever you want to do it with. Let these tragic reminders be hopeful as their music and legacy lives on. Let me know in the comments what you think is the most tragic death in rock and roll.