The Sound Of Music: Top Concert Movies Of All Time 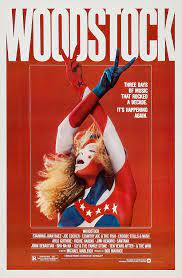 Going to a concert is an absolute thrill, from the roar of the crowds to the taste of cold beer on a warm summer’s night and the smell of fried food in the air. However, there are some that can’t afford to go see live shows. Exuberant concert prices and distance to venues all factor into one’s concert experience. What do those who can’t afford to go to concerts do when they can’t be on the lawn sharing the experience? They watch concert movies.

Concert movies have been a long-storied tradition of letting fans enjoy shows from the comfort of a theater or their home. They allow fans to be as close to the action at affordable prices. They also allow fans of the band to get a glimpse of their favorite artists in intimate settings.

Below is a list of some of the greatest concert movies of all time just in time for concert season to start.

The Song Remains the Same 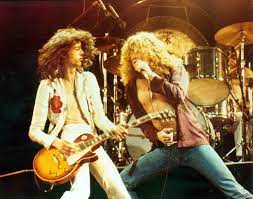 The Song Remains the Same earns the distinction as being one of the most exuberant, over the top, and excessive concert movie ever made. The film earns this title through its bloated runtime, clocking in at nearly 138 minutes! It is also noted for its over the top fantasy sequences, created by the band members themselves.  The film also includes sequences taking place backstage with Peter Grant, Led Zeppelins infamous manager. The soundtrack is fantastic, as one would come to expect from a movie featuring Led Zeppelin. Featuring Black Dog, Heartbreaker, Stairway (complete with Jimmy Paige rocking a double neck guitar, no less). The movie was also not without its problems. Sound recording issues forced the band to rerecord scenes on a soundstage, complete with John Paul Jones wearing a wig resembling the haircut he had in the film. 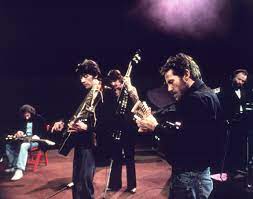 When the name Martin Scorsese comes to mind, the conscious goes towards his mob movies. The director of Casino, Goodfellas, and The Departed was brought on to help bring this epic concert experience to life. The movie deserves the term experience because that’s what it is. A portrait of a moment in time. The Bands final show, which took place on Thanksgiving Day in 1976, is everything audiences could have ever dreamed it to be. From the incredible guest musicians including Bob Dylan, and Emmylou Harris among others. The intimate look at the feelings Robbie Robertson has on The Band coming to an end helped create an emotionally impactful final chapter. As for Scorsese’s involvement, he had previously worked on the Woodstock festival documentary. As an avid fan of rock music, hearing of Van Morrisons involvement in the concert convinced Scorsese to direct the film. 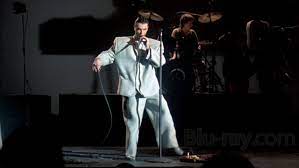 The only title that could accurately sum up the legendary band. Director Jonathan Demme manages to document the energy, style, and sound of the Talking Heads. What sounds like an impossible task, turns to an incredible portrayal of the Talking Heads in a live setting. Starting the show is David Byrne, all by himself armed with only a guitar, he is then joined bassist Tina Weymouth, drummer Chris Frantz and Keyboardist Jerry Harrison. Soon a full fledge touring band, complete with background singers arrive. The band show off their unique stage moves and perform a series of hits including “Psycho Killer”, “Burning Down the House” and “Life During Wartime”. Various onstage antics including David Byrne using a cassette tape to start the show and an enormous suit worn by Byrne are featured. 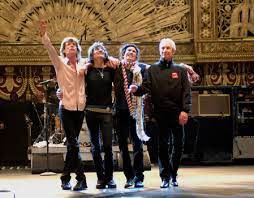 One artist that frequents Scorsese’s’ movies is the Rolling Stones. From the use of Jumpin’ Jack Flash in Mean Streets to Gimme Shelter in Goodfellas, it’s hard not to think of a more perfect pairing. Which is why they work so effortlessly together in Shine a Light, Scorsese’s 2008 documentary on the Rolling Stones performance at the Beacon Theater in 2006. The shows were added to the schedule to accommodate the tour. Featuring a star-studded affair, featuring Bill and Hilary Clinton in attendance. The setlist was atypical of the rest of the tour for the occasion. Guest musicians Jack White, Buddy Guy, and Christina Aguilera performed alongside the Stones. The concert was also noted infamously for an incident involving Atlantic records Ahmet Ertegun. During the show he tripped backstage, hit his head, and was rushed to the hospital where he died a few months later. The film was dedicated to his memory.

The Concert for Bangladesh 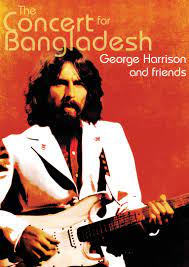 The show started this bloggers love of rock and roll.  As a young music fan, a swipe on an Ipod Shuffle led to a listen of Leon Russell’s “Jumpin Jack Flash/ Young Blood” medley. That started the journey to become the rock writer you see before you. The rest of the concert is named after two benefit shows organized by George Harrison and Ravi Shankar.  Held in a single day on August 1, 1971, and played to 40, 000 people in Madison Square Garden. The concert featured esteemed guest stars including Ringo Starr, Bob Dylan, Eric Clapton, Billy Preston, and of course, Leon Russell. Ravi Shankar marveled at the event, saying “in one day the world knew the name Bangladesh.” The concerts raised $250, 000 for Bangladesh relief, which was distributed by UNICEF.

U2: Rattle and Hum 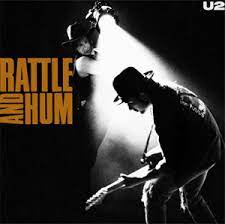 While some may prefer Under the Blood Red Sky, Rattle and Hum holds up more in terms of its music and concept. The reason this holds up is that it shows that just because a successful band like U2 can make a concert movie, doesn’t mean that they are all going to be masterpieces. The first night’s filming was a disappointment as it failed to show the bands ability to connect to the crowd. The second night was more successful. Historically, the IRA used a bomb that killed 11 people during Remembrance Day, right before night two took place, which made Bono deliver a particularly memorable monologue during a performance of “Sunday Bloody Sunday”. Film critic Gene Siskel was not particularly fond of the interview segments and Roger Ebert criticized the poorly lit black and white footage. This film highlights that even famous bands stumble sometimes, which is what makes Rattle and Hum a memorable, if flawed concert film.

Michael Jackson’s This is It 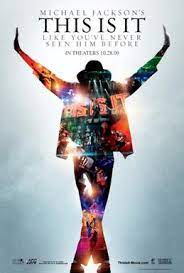 Despite Michael Jacksons untimely death, This Is It chronicles the Prince of Pops final rehearsals for a tour that was never meant to be. Directed by acclaimed choreographer Kenny Ortega, the film captures Jacksons vision for what would have been a memorable tour. Despite the controversies, This Is It shows Jackson in peak form, an artist who strived to give fans exactly what the came to see.  He shows that age is just a number when he performs several of his hits including “Wanna Be Starting Something” and a medley of his hits from his time with the Jackson 5. Whether audiences can separate art from the artists, there is no doubt that with this movie, Michael Jackson is still The Prince of Pop.

Live from The Isle of Wright: The Who 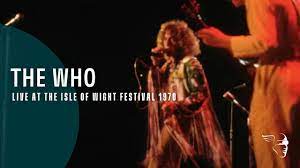 At the wee hours of 2 a.m., the Who, Roger Daltrey, Pete Townshend, Keith Moon, and John Entwistle took the stage at the Istle of Wright Festival.  Despite playing for over three hours, the footage only captures an hour and a half. For fans of this legendary band, that’s not enough. The cutting room floor footage included a medley of songs from the hit concept record Tommy, and unreleased songs from an album that was never meant to be.  The band itself is in peak playing form, Keith Moon crushes the drums, Entwistle makes the Earth shake with his bass, Daltrey swaggers and Townshend swings his arm as if being attacked. The Who’s Live from The Istle of Wright is meant to be seen on the biggest screen and cranked up as loud as it could be.

In August 1969, hippies arrived in New York to celebrate three days of music and drugs. The festival became associated with the decade, the stories that emerged from it became iconic rock and roll folklore. 120 hours of footage were gathered from the three-day festival, and editor Martin Scorsese cut it down to 185 minutes. The film is more than just a documentary, it is a tribute to a long-gone era, and shows that the power of music can bring people of various backgrounds together.

This Is Spinal Tap 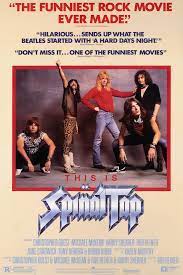 An honorable mention. Despite being a mockumentary, the film pokes fun at artist documentary conventions. The scenes depicted were based off events that happened to rock musicians such as Aerosmith, Twisted Sister, and many more touring acts. The “behind the scenes’ footage that captures the sights, sounds and smells of a hard-working rock and roll band are well worth the viewing. As for the performances, the group playing “Sex Farm” at the air force academy never gets old. The reactions of the band when Stone Henge is unveiled in all its glory is equally relatable. Directed by Rob Reiner and starring Michael McKean and Christopher Guest, this is a must watch “concert” film for fans of the rock genre.