The Purpose of Music Videos in Songs 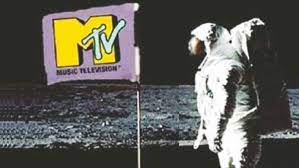 “Ladies and gentlemen, rock n roll.” Those six words ushered in a new era for music, one in which a visual medium would be used to tell the story in ways the songs couldn’t. While there were performance videos, pitting the audience against a fluorescent backdrop, the scale of musical storytelling hadn’t been done on this level before. Other attempts at making a story to music included concert performances such as Led Zeppelin’s The Song Remains the Same concert. MTV however, changed the way rock and roll, as well as other genres of music were allowed to creatively express themselves.

While the concept of music videos dated as far back as the 1920’s as short films featuring music. Music videos truly became popular in the 1980’s when MTV changed its formatting. Instead of being a listener, audience members got a peek inside the bands mind as they saw the song for how the artist was able to. This method of adding visual to music changed the industry forever. Accompanying hit singles was a video that would air or be broadcast alongside the song. Sometimes the video was more iconic than the song itself.

Most music videos were shot with a Do-it-Yourself fashion. This led to the videos being limited by budget and the artists imagination. As the concept of the videos got more popular, it attracted the attention of high-profile directors of the time. Through bringing in creative visionaries from Hollywood to help execute a bands vision, the quality of videos increased. This also led to an increase in production cost. When John Landis was called in to direct the Thriller video for Michael Jackson, the videos high end production, which cost $800,000, or 2 million in 2022, set standards for how music videos should look.

Like with music, the videos themselves began to receive recognition.  The MTV Music Video Awards (1991-2001, now known as The AMA’s), was a way for artists and directors to receive recognition for their hard work. With each award, it set the bar higher for how each video should look. Two of the most expensive videos of all time were released because of these awards, Madonna’s” Bedtime Stories”, which had a budget of $5 million. The other video was Janet Jackson’s “Scream” which cost upwards of 7 million. Madonna, Duran Duran, Adam and The Ants owe a lot of their success to their visually appealing videos.

Despite its popularity amongst fans, MTV began switching its format to reality TV. MTV had also helped popularize this genre with its show The Real World. As a result of the format shift, music videos were being phased out on the channel once known for playing them for 24 hours. In the 2000’s online video channel, Youtube, began to air music videos again on official channels delegated to the band. The platform became a new way for artists to promote their work through a visual format. Thirty Seconds to Mars was a band that greatly benefited from this format. Their song “Kings and Queens” had its music video released the same day as the single and was one of the most downloaded videos on the Itunes Store as a result.

Music videos are a way for artists to express themselves creatively. Directors can show their fandom for the artist, and the music video can help make or break a band. Let me know in the comments what your favorite music video of all time is regardless of genre and decade.