The Importance of a Special Guest 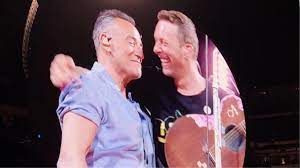 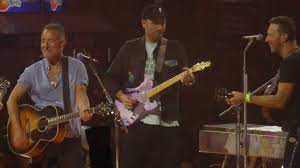 “Ladies and Gentlemen, it is a great honor to present to you….” Upon hearing those infamous words at any concert, the average attendee knows things are about to get real. Usually, a special guest or two arrives to spice things up. While I have yet to attend a concert in which this happens, this type of event has occurred a lot during this past year. The special guest, while random serves a purpose rather than just being an extra artist to experience live. The artist is someone from the singer’s childhood that they admire, and the artist wants to share the love of that artist with the audience.

Chris and Bruce sharing admiration for each other.

While the opening act may be an artist on the same label, the special guest is an entirely different breed all together. When Coldplay announced in East Rutherford earlier this year that Bruce Springsteen would arrive, the announcement whipped the crowd into a frenzy. It also served another purpose; Springsteen was front man Chris Martins’ childhood hero. Chris Martin admired Bruce to such a degree that he admitted to the crowd that The Bosses’ lyrics were tattooed on his arm. This guest appearance gave the audience the impression that Coldplay have a taste in artists that matches their own. The collaboration also gave East Rutherford the cheapest Springsteen concert audiences will see all year. 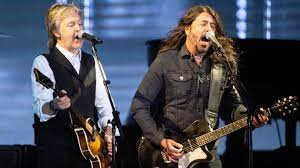 Another reason for an artist collaborating with a guest is that the artists are good friends. For Paul McCartney, he headlined Glastonbury earlier this year and during his show, he brought out the Foo Fighters Dave Grohl. Until this concert, Grohl had not been seen onstage following the death of fellow bandmate Taylor Hawkins. If anyone was to bring the reclusive front man out, it would be Sir Paul. The duos friendship dates to a jam session in which Grohl invited McCartney to his house in the early 2000’s. Paul played on a piano and Dave’s daughter, having no idea who the Beatle was, began to play along with him.

The final reason for a surprise guest is to show sheer respect and admiration for the artist. During a celebration for the 25th anniversary of the show South Park, Les Claypool of Primus did something no one expected. For the concert he brought Geddy Lee and Alex Lifeson to the stage to perform onstage. This marks the duos first time on stage since Neil Pearts’ passing. The reaction of the crowd, the artists on stage, and childlike wonder from Claypool made it clear that everyone respected Rush. The energy was reciprocated through the band’s performance in what may have been their last ever onstage appearance. 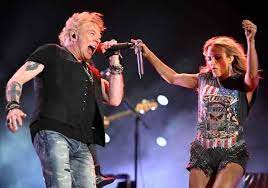 Having a special guest on stage is not a random occurrence. It is a well-timed event that makes a lasting impression on those attending the show. More importantly, it shows that the artists on stage are like us in the sense that the like the same music that we do.

Now for those reading, who was a special guest brought out at a show that you distinctly remember enjoying?