We all love it when a concert is run like a well-executed machine. However, what happens when things fall apart? For some it could be something as simple as a curtain not dropping when it is supposed to. For others, it could be something as scary as a fan rushing the stage just because he thought he could ger away with it. Now it’s time to turn your amps to 11 and be prepared for some of the biggest Spinal Tap moments in recent rock history. 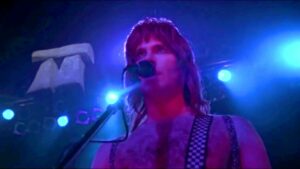 What is a Spinal Tap moment you may ask? It’s a moment when the unthinkable happens, an onstage structure is two sizes two small. A band never reaches its intended concert destination due to making a wrong turn. 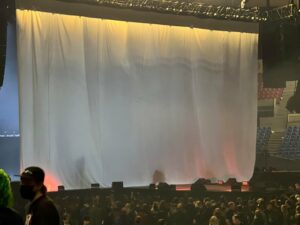 It’s Curtains For Ghost: One of the biggest bands in modern metal, Ghost is truly a live spectacle to behold. However, despite their legendary status as a great live act, they are still prone to Spinal Tap moments like the rest of us. On their inaugural tour opener this past February, A Spinal Tap Moment occurred. This moment involved the curtain separating the band from the audience. At the start of the show, it was supposed to drop after the pyro went off during their opening track Kaisarion. However as seen by the video, front man Tobias Forge is having difficulty pulling the curtain down. Though the effect does seem to work, making the singer seem like a Ghost trying to get on the stage. 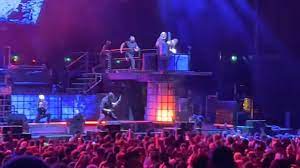 Bang on the drum On Slipknot’s Stage: For Slipknot, one of metals most dangerous live acts, they experienced an unexpected threat onstage. During a concert this past July, a fan rushed the stage. Not only did he make it on the stage, but he also somehow managed to evade security. He made it as far back as Clowns drum riser and even performed on the kit before being hauled off.

Tommy Lee’s Still Hung Up: During Motley Crue’s Farewell Stadium Tour, Tommy Lee would perform his signature move. This involved getting his drum kit on a rollercoaster track and playing while playing upside down. However, on the last night of the tour, the rollercoaster broke down. This left Lee playing upside down longer than he had initially intended. He ended up having to be rescued by the roadies and stage crew. Talk about hanging by a thread. 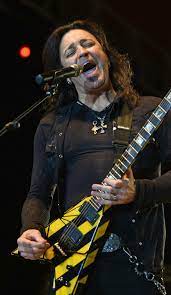 Michael Sweet Says To Hell With the (little) Devil: During a large turnout for a concert, it was not without its’ problems. For Stryper guitarist Michael Sweet, they came in the form of a pitbull. His brother, drummer Robert Sweet wore a stage costume adorned with feathers.  The pitbull did not take a liking to this. The dog decided to try and eat the feathers off him. The stage crew hauled the dog off and the show took a brief pause. However, the dog returned to finish what it started, only to be met with the same result from the stage crew. 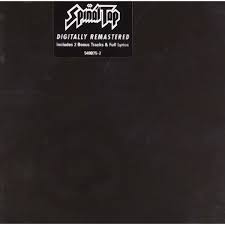 Dave Mustaine says this is not the right cover: Much like in the original film, bands album covers do get changed due to being too racy. For Dave Mustaine and Megadeth, the band wanted to design a skull with its eyes and mouth sewn shut. This was a take on the “hear no evil, speak no evil” vibe Megadeth wanted for the record. When the album made its way to them, the cover was changed to what is seen below. The band thought it looked cheap, though fans have since taken a liking to the altered cover. 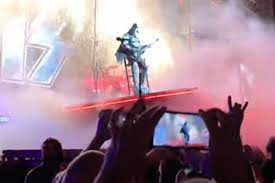 Keep It Simple Stupid: Is the famous phrase Gene Simmons likes to taut whenever discussing his beloved band. However, the bands show is anything but. The group were in Florida during their Farewell Tour. During a part of the show in which their platforms ascend back to the stage, Paul Stanley’s and Tommy Thayer’s made it back while Genes’ didn’t. He was left hovering in midair while the stage crew had to heroically come to his rescue. A simpler stage design wouldn’t have allowed such errors to occur. 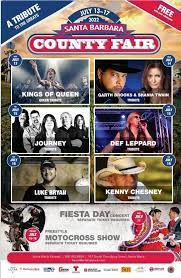 Puppet Show moment for Def Leppard: In 2005, Def Leppard had fallen on hard times. While bands do play state fairs, this one was a different experience for Def Leppard. Having been used to seeing massive stadiums full of fans, the band suddenly found themselves as one of the attractions. Instead of stadium seating there were deck chairs out on the greens. It was a moment that made the band almost give up on rock n roll all together.

Despite the legendary status of these acts as premier live bands, they are still human. Mistakes still happen and Spinal Tap Moments do occur. Bands to this day still think Spinal Tap is a documentary rather than the rockumentary it was panned out to be. Let me know in the comments what is a favorite Spinal Tap Moment that you have personally witnessed live.