Blog For Holidays
Picture this, it’s the holiday season and all through the halls of OldiesXL, the only creature stirring, is the speakers playing classic holiday tunes. With the holidays upon us, I pose this simple question, what is the best holiday themed record or movie you have ever watched or listened to? In this week blog I harken back to my childhood, where I imagine myself wrapped up in warm clothing, and watching these movies with my family. I envision days making holiday cookies while listening to classic Christmas music. For this blog, roast those chestnuts on an open fire, drink that egg nogg, and surround yourself and the ones you love with some of the best holiday music and movies. 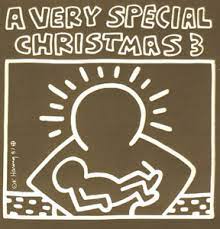 #1 A Very Special Christmas Volume 3
The Bobby Shriver produced A Very Special Christmas Vol. 3 takes the top spot in my heart. It’s a record played every year around the holidays in the Sacchetti household. Featuring well-crafted holiday songs in a wide array of genres, Sting’s “I Saw Three Ships”, almost folk like percussion kicks off the proceedings. No Doubt get to employ some holiday themed punk on “Oi to The World” while Natalie Merchant croons on “Children Go Where I Send Thee”. Other highlights include my all time favorite, “Blue Christmas” by Sheryl Crowe. The record also has the likes of Run DMC, Snoop Dogg, Blues Traveler, Hootie & The Blowfish, and the late Chris Cornell, it is truly a holiday record for the ages. 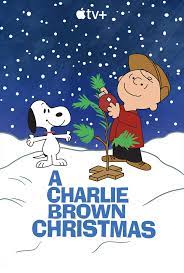 #2 Charlie Brown Christmas
It’s hard not to think of Christmas without Shroders iconic piano intro to Linus and Lucy. Even the joy of hearing “Chirstmastime”, sung by a child like choir invokes feelings of nostalgia for the holiday special. American jazz pianist Vince Guaraldi provided much of the needed instrumentation on the record to make it sound unique. As a result of Guaraldi’s appearance, the record is now one of the most beloved of all time. 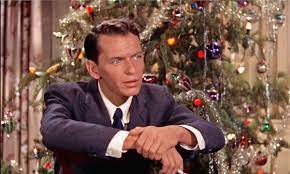 #3 Frank Sinatra’s Holly Jolly Christmas
Frank Sinatra, what more can be said about ole Blue Eyes? Other than the fact that he boasts an incredible voice, was a member of the legendary Rat Pack, and starred in the original Oceans 11. Sinatra can also add singing great Christmas tunes to his impressive resume. Stand out songs include Christmas stalwarts “Have yourself a Merry Little Christmas” and “The Christmas Song”. Frank’s voice really gets everyone in the mood for the Christmas holidays. 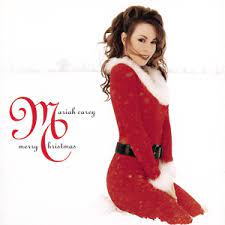 #4 Mariah Carrey- Merry Christmas
How can we not talk about Christmas music with the iconic “All I Want for Christmas” song. Whether you love it or hate it (this blogger has his opinions) it’s not Christmas without this record. Bars across the U.S. have gone on record to limit the number of plays “All I want” gets per evening. If that’s not indicative of Mariah Carrey’s star power, then I don’t know what is. 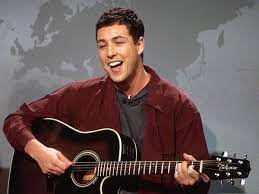 #5 Hannukah Song
We are not leaving out our Jewish listeners here this Holiday season. Adam Sandler’s iconic holiday anthem makes the list simply for the fact of who it represents. Sandler wrote the tune for Jewish audiences after feeling that they were left out this time of year with the over emphasis on the Christmas holiday. Sandler still performs the song and frequently updates it on a yearly basis. 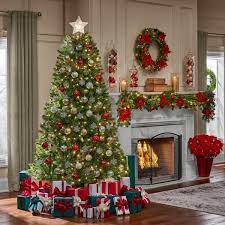 Movies
Remember being a kid and watching iconic holiday movies? These films were not only influential to our understanding of Christmas, but they helped shape our love of cinema.  These movies bring us together and give us the feeling of Yule Tide glee as we approach Christmas. For this list, we dive into obvious favorites before divulging into would be and should be holiday classics 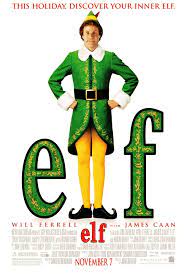 #1 Elf (2003)
How can we not think of Christmas without this iconic Will Ferrell movie? Endlessly quotable and hilariously funny, Elf is a movie that surprisingly holds up. For those who listen to OldiesXL’s holiday adds, you will notice that few lines from the film are used in them. What’s not to love about this movie, from Will Ferrell and Zoey Deschanel’s iconic duet of “Baby It’s Cold Outside”, to the Central Park Snowball Fight and Peter Dinklage’s cameo appearance? The movie works on all levels in terms of acting, editing, music and pacing. It truly is a movie that has stood the test of time in the nearly 20 years since its release in 2003. 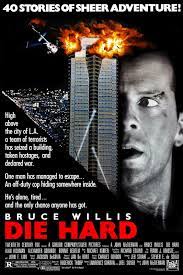 #2 Die Hard (1988)
Yippie Kay Ye, how did this make it here? Yes, say what you will but Die Hard is a Christmas movie. While there have been imitators, the Christmas setting works in the films favor. Providing our hero, John McClain (Willis) a way home to his family and the terrorists (Rickman), an opportunity. The festive setting gives the movie its calm before the storm, allowing for the Hans and his men to attack, proving that you don’t have to be naughty or nice to end up on their list. The cast is stellar, from Bonnie Baddilla (who in real life is related to Macualay Culkin), to the late Alan Rickman as Hans Gruber. The action may be too violent for the kiddos, though for parents looking to unwind at the end of the day, Die Hard is the film for you. 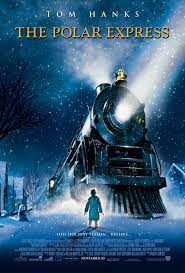 #3 The Polar Express (2004)
2004’s The Polar Express was the rare Christmas movie that scared me. Not just for its message about being a better person, but for its Tom Hanks reasons. The photo realistic CGI used in the movie is nothing short of incredible. The songs are timeless and iconic, and did I mention Tom Hanks? His dual role is equal parts comforting and terrifying when the kid reaches the darker parts of the train. If you pay attention when everyone leaves the North Pole, there’s a little elf with a vocal and physical resemblance to Aerosmith front man Steven Tyler. Enjoy this holiday classic, but be warned, small children may be frightened by a character Hanks plays in the film. 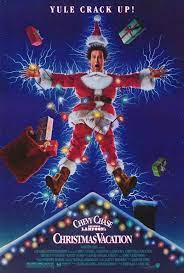 #4 National Lampoons Christmas Vacation (1989)
Widely considered one of the greatest sequels of all time, the movie follows the Griswold family as they try to have the perfect Christmas. When Cousin Eddie arrives, chaos breaks loose, and familiar connections are tested. Featuring many iconic performances from Chevy Chase, Beverly D’Angelo, Brian Doyle Murray and more, the movie is a hilarious delight. The movie hooks you with its iconic animated intro and keeps you to the end for a special presentation of the Star-Spangled Banner. For fans of the Big Bang Theory, star Johnny Galicki who played Leonard, plays Clark’s son Russ.

#5 Home Alone (1991)
How can we forget about Kevin? One of the highest grossing films of 1991, and one that doesn’t shy away from having iconic moments. From the iconic use of traps to Kevin messing with the criminals with his TV, the film is not short on iconic moments. Can’t get enough of Home Alone during the holidays? On Youtube, the channel Screen Junkies has provided a video detailing ways Kevin’s traps provide more than just bodily harm to the Wet Bandits. 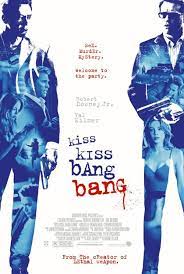 Kiss Kiss Bang Bang (2005)
While not a traditional holiday film, or one many have heard of, this is the film that caused Kevin Feige to consider Robert Downey Jr. for the role of Iron Man. In the film he plays a thief who moonlights as a detective after he stumbled onto a film audition. While the movie is primarily for an adult oriented audience, the films festive nature plays into the plot. The movie is about reconciliation and what better time of year to do it than the holidays? Featuring a knockout performance from RDJ, and great supporting performances from Val Kilmer and a game Michelle Mongahan, the movie fires on all cylinders. It even features a solid use of Sheryl Crowes Blue Christmas. It is worth a watch, especially around this time of year. 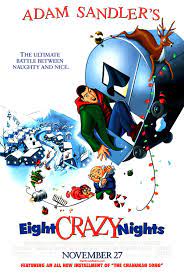 Eight Crazy Nights ( 2000)
Eight Crazy Nights for the uninitiated is an animated musical film from Adam Sandler set during the holidays. The movie centers around Davy Stone, a 30 something year old who stumbles into a hard life but is trying to find redemption before Hanukkah ends. The film features Sandler in a dual role as both Stone and his mentor, the high-pitched Whitey Duvall. The film is loaded with adult jokes and references. It is the first animated film to feature lead character that is drunk throughout the action. It’s not known who this films target audience is, though like most mediocre gifts, it’s the thought that counts.

Why Does Holiday Themed Music and Movies Make Us Feel Good? 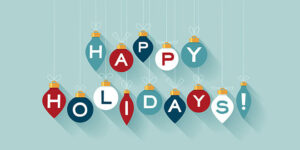 Christmas movies are designed to activate emotional resonance through nostalgia. They are made to make us want to return to the gold ole days and the happier memories of remembering the holidays. People, like this author, remember the holidays through rose-colored glasses. They would rather remember the good times rather than the fights with the family over politics, the annoying younger cousins, and the truly bad gift givers.
Holiday movies have a simple plot, are loaded with mostly the good memories and a childlike sense of wonder. With most of these films being family friendly, it allows for bonding to take place. When watched with others, it helps create new memories. When these films have a happy ending, it allows for our brain to make us feel good inside.

This holiday season, sit back, relax, and enjoy the good times and the bad with those you love during holidays and as the old saying goes, Merry Christmas to All, and To All a Good Night!