Band Reunions: The Best and The Worst 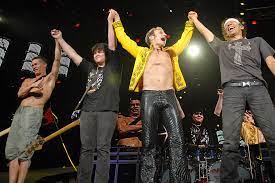 Band Reunions
Like movies with franchise reboots, band reunions are the music industries version of a cash grab. However, there are some that have the purist intentions behind them. These intentions include making music and playing live for the bands loyal fan base. The 2010’s have seen nostalgia for the 60’s, 70’s and 80’s reach its peak. Bands from those decades have come back for career spanning reunion tours. Some have even *gasp* put out new records. Now it’s important to denote which reunions are simply for the money or for the sheer love of playing. 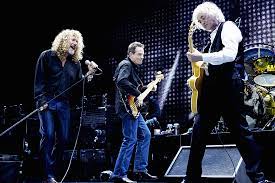 Led Zeppelin
When talking about band reunions, its hard not to include Led Zeppelin. The group reunited to play the O2 Arena for the Atlantic Records founder Ahmet Ertugen. The group consisted of surviving members Robert Plant, Jimmy Paige, and John Paul Jones. Replacing the late drummer John Bonham was his son Jason. The group played a career spanning show and were wise to not capitalize on it. It was a one-off reunion and quite possibly the last time the four will share a stage as Robert Plant could no longer hit the high notes he used to. 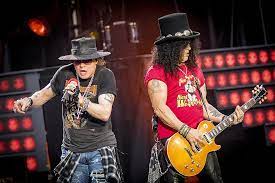 Guns N Roses
Did we think it will happen? Not in This Lifetime. Which is precisely what the lineup of Axl Rose, Slash, Duff McKagen, and a handful of hired guns did when they reunited Guns N Roses in 2016. The group came together for the Coachella Festival that year. It was a thrill seeing Slash back onstage with Axl Rose for the first time since 1996. The group even performed walloping sets that clock in at over 3 hours. Since reuniting the group have recorded two original songs “Absurd” and “Hard Skool” in 2021. 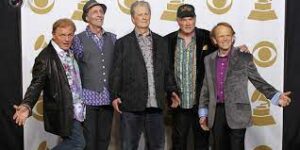 Beach Boys
Despite being infamous for their feuding, the band was able to reconcile their differences after the passing of several former members. Mike Love, Al Jardine, and Brian Wilson reunited in 2012 and put out a new record titled “That’s Why God Made The Radio.” Today both groups operate as separate entities. Mike Love and Al Jardine have their own Beach Boys and Brian Wilson has his own. 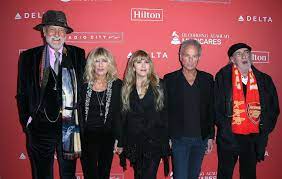 Fleetwood Mac
It’s hard to imagine a world without Fleetwood Mac, however prior to 2013 that was the case. The group consisting of Mick Fleetwood, Stevie Nicks, Lindsey Buckingham, Christine, and John Mcvie reunited. While there was no new record, the tour still ranked in Millions. It was one of the last times Lindsey Buckingham played with the group before being replaced by Mike Campbell of The Heartbreakers. Rest In Peace Christine McVie! 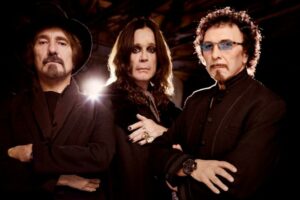 Black Sabbath
Reunited in 2011, Ozzy Osbourne, Tony Iommi, and Geezer Butler reformed Black Sabbath. While the reunion was not without its problems, former drummer Bill Ward was replaced by Rage Against the Machines Brad Wilk. The band put out an amazing record in “13”, a return to form for the group. They subsequently went on tour in support. In 2022, despite working again with Tony Iommi, Ozzy has since claimed that the Sabbath reunion was a one off. 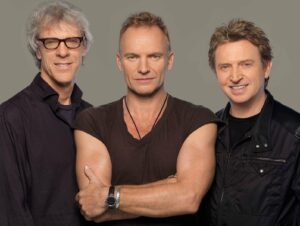 The Police
The Police brought back musical nostalgia of the 80’s when they reunited in 2007 for their 30th anniversary. Despite having success as a solo artist, it was proven that once Sting, Stewart Copeland, and Andy Summers are together, every little thing they do is magic. 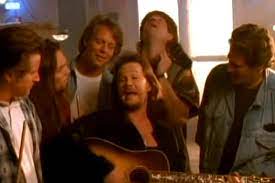 Eagles
The band was broken up for 14 years due to ego and other creative endeavors. The group reunited to record the record Hell Freezes Over, a play on the only way the band would ever reunite. The album was a number one record for the group and the band continue to play to this day. They are currently in support of touring behind their classic Hotel California record.

Van Halen
Following their 2006 reunion tour with Sammy Hagar, Van Halen reunited in 2012. The released a new record with David Lee Roth. However, there were some changes in the lineup. Michael Anthony was out as the bass player and was replaced by Eddies son, Wolfgang. The record A Different Kind of Truth was released to subpar reviews and their sets were nearly filled with songs from it. The band has not toured since and even an Eddie Van Halen tribute is having difficulty getting off the ground. 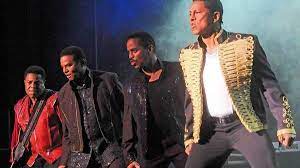 The Jackson 4
The Jackson 5 were one of the most successful acts of the 70s. With a sound that eschewed bubblegum and Motown, the group were one of the most exciting to see flourish. In 2009, Michael Jackson died of a heart attack and in 2012, the 4 remaining brothers, Tito, Marlon, Jermaine, and Jackie reunited. The group played on the “Victory Tour”, though the tour was anything but that. They played just 27 dates, casinos, theaters, and wineries namely. Even their setlist consisted of Michael Jackson covers, of which the other brothers did not contribute to writing. 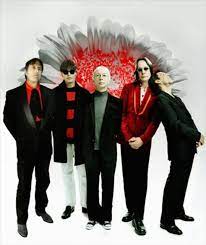 The Cars
One of the most influential New Wave Bands of the 80’s, the Cars split up in 2008. Ric Ocasek became a producer for artists like Weezer, Iggy Pop and Nada Surf. Benjamin Orr, the groups bass player died in 2000. In 2006 the group, including Greg Hawkes, Elliot Easton, and David Robinson, came to Ocasek about a reunion. Ocasek rejected the reunion out right. The Cars, minus Ocasek and Robinson formed The New Cars, and the result was a flaming car crash. The tour ended when Elliot Easton broke his collar bone in a bus accident.