Bands Who Changed Their Tune 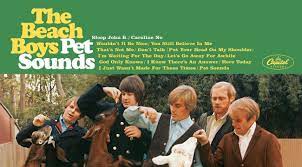 Picture this, you’re a musician in a very successful band. Everyone comes to the show to hear how you sound, to hear the music they fell in love with. However, you as an artist feel creatively stuck. Perhaps you started out as a punk band and over time, your tastes have changed while your fanbase remains loyal. You want to do something that speaks to who you are as an artist in the present, and not become tethered to the past. This is a challenge that every artist faces at one point in their career. Welcome to the phase every musician enters in their career, How to Get Ahead Creatively and Alienate the Fan Base. 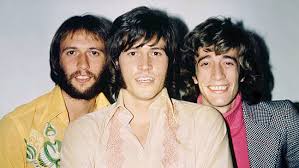 When you think of the Bee Gees, you think of the disco era of the late 70’s. With songs like “You Should Be Dancing”, “Night Fever” and “Stayin Alive” etched into our collective psyche, it’s hard to imagine the band being anything else other than disco. However, the Bee Gees have been a pop music staple since 1969. The group was more country and rock based in sound when they made their debut. Songs like “To Love Somebody” could easily exist alongside the rock music coming out of America at the time. However, once the band moved to America in the 70’s, they began to embrace Disco. Barry Gibb became the groups de facto front man, and the band developed the high-pitched vocals that they would become known for. The genre changing gambit paid off when “Saturday Night Fever” became one of the highest selling soundtracks of all time. Though it came at a cost to their early fanbase. The group even found that Disco’s haters would burn records in masse, including their own.

Depeche Mode expanding their sound in favor of creativity and the results inspired a new generation.  The group was known for 80’s hits such as “Just Can’t Get Enough” and the upbeat song “New Life”. During the 80’s the band adopted a more pessimistic attitude on life. Despite the change in mood, the synths remained a big part of their sound. The music became less mainstream pop and became an influence for heavy metal. Due to the group’s atmospheric tones, darker lyrics, their new sound influenced many artists including Arcade Fire, The Killers, and Nine Inch Nails. Rolling Stone magazine named Depeche Mode as metals secret influence in 2015. That influence would not have been possible without the darker change in direction. 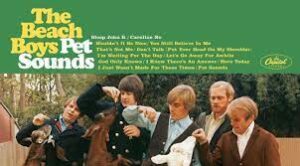 Fewer bands could have gotten away with the stylistic changes of the time than the Beach Boys. The primary reason they were able to make such drastic changes to their sound, Brian Wilson. Their early records were straightforward pop tunes. Featuring songs about girls, cars, and most importantly surfing. They were America’s version of the Beatles, and like the Beatles, they wanted to expand their sound and change music forever. Through Brian Wilson, the group released Pet Sounds, his personal project. The record saw more introspective songwriting, orchestral arrangements, and more focus on expanding the groups sound, all provided by Wilson. The record was polarizing at the time of release but was hailed as an influential milestone in pop music years later by critics. The records success would not be possible without the artistic influence of Brian Wilson. 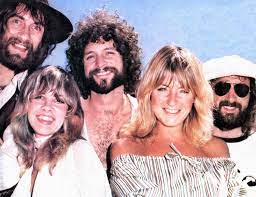 No band has remained relevant and influential over the course 5 decades than Fleetwood Mac. Before their chart-topping success with Rumours, the groups sound was rooted in the blues. With a lineup consisting of Mick Fleetwood on drums and Peter Green on vocals, the band churned out songs that still hold up to this day. The early iteration of the group was responsible for recording the original version of “Black Magic Woman”, as now made famous by Santana. Once Stevie Nicks and Lindsey Buckingham joined, the groups dynamic and sound did as well. The band became poppier, and the romances flew, which led to the creation of timeless songs. 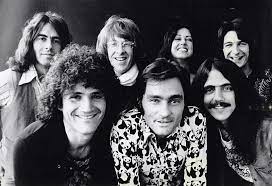 Having started life as a psychedelic pop band, Jefferson Airplane as they were then known, were famous for hits like “White Rabbit” and “Somebody to Love”. The band went on to go through several stylistic changes including dabbles in country. When the moniker changed to Jefferson Starship, they developed an Adult Oriented Rock sound with the release of the song Jane.  Despite the lineup remaining the same, the group’s name changed once again to Starship, and with it, they kept the AOR sound that would last them throughout the remainder of their careers, unless another name change comes about.

Originally a side project for several members of Carlos Santana’s band, Journey went from bluesy/ jazz-oriented rock to the pop powerhouse you see before you today. With the recruitment of Steve Perry, the band found a success in the AOR community. The group released several successful chart-topping records in the 80’s including Departure. Not bad for a blues-based band huh? 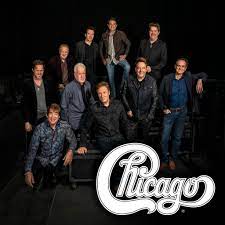 One of the first rock groups to incorporate a jazz influence in their music. This sound lasted them from their inception until the mid-70’s. Their record Chicago XIV, released in 1980, marked a change in sonic direction. Despite still maintaining the jazz elements that made them famous, the band took an AOR approach and put an emphasis on ballads. Despite the change, Chicago still has a loyal fan base, even though there are some who detest their 80’s output. 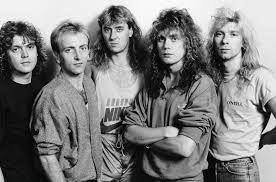 While many know Def Leppard for their 80’s hits including “Pour Some Sugar on Me”, “Photograph” and “Rock of Ages”, they were a much different band at the start. When the group first began, they were a part of The New Wave of British Heavy Metal, a movement in Europe that saw careers takeoff of the likes of Motorhead and Iron Maiden. Their sound was rooted in hard rock, with songs such a “Let It Go” and “Bringing on The Heartbreak”. It wasn’t until they moved to America and met with producer Robert “Mutt” Lang that they became the pop powerhouse that they are today. 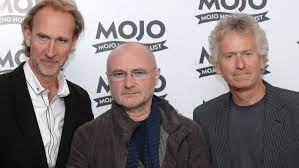 Over the course of their career, Genesis saw “progressive” change. Starting out as progressive rock band with a musical output that matched the likes of Yes and Jethro Tull, Genesis adapted to the times. Genesis were one of the rare bands to live up to their name. Transforming from a progressive rock outfit to pop hit makers over the course of a decade. Following the departure of Peter Gabriel, who went on to have success as a solo artist. The group recruited Phil Collins and saw the songs get shorter while their popularity lasted longer. The groups record, Invisible Touch, was a drastic change for them, seeing the artists incorporate the pop-based sound that they would become known for. 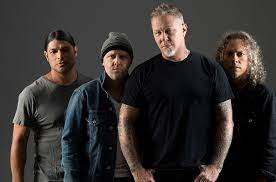 Metallica must have never listened to the song “Almost Cut My Hair.” If they did, they would have not faced the backlash that haunted them on the Load/Reload records that were released in the late 90’s. Known for their thrash metal riffs and long hair, the 90’s were something of a culture shock for fans. With the release of their self-titled record, the fans saw the band try out shorter songs, and catchier hooks. The record polarized fans who were used to the output of their first four records.  However, it was Load/Reload, a series of records that broke the camel’s back. The group appeared to have shaved their hair and wrote a sprawling series of introspective songs. Despite the backlash at the time, fans have warmed up to the songs from those records, even seeing a resurgence of them being performed live in recent years.

Let me know in the comments what bands you think have a drastically changed sound.